Get fresh music recommendations delivered to your inbox every Friday.

by S is for Spaceship 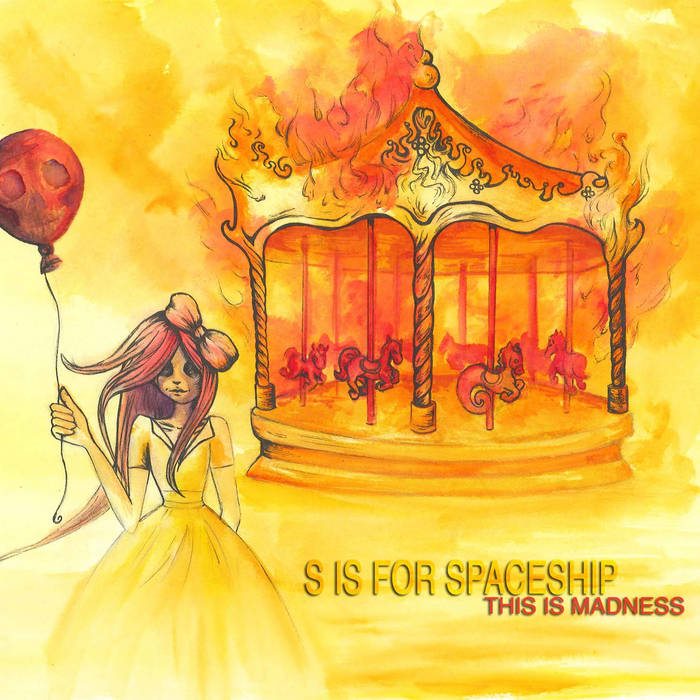 "Too often is the case that young bands come together with dreams of breaking the big time and proceed to produce music which is leagues below what they are capable of, as a result of brashness and impatience. For Adelaide's S is for Spaceship, this is the exact scenario they wanted to avoid. In a music scene where bands are plenty but opportunities are few, the electro-punk rockers decided to take their time in crafting a debut EP which audiences would remember and not simply cast off as a B-grade collection of tunes of which the CD would do better as a drink coaster than as part of one's music library.

Forming in 2009 but undergoing slight personnel changes to reach their current line-up, S is for Spaceship represents a musical style which evokes the brutality of Enter Shikari, the energy of I See Stars and that Australian finesse of the likes of The Amity Affliction. Within the five tracks of their debut EP, "This Is Madness", the band strikes great balance between rapid percussion and guitars with equal spotlight given to lyricism. "A Brief Introduction To Madness" does exactly what it says in the title, serving as a near-on four minute flash of what the listener can be expecting from the rest of "This Is Madness". The diversity of the band's musical background shines through on "The Chase Eternal", with delicately placed piano adding to the drama of the rest of the arrangement, partnering with the drums in driving each musical crescendo. With "This Is Madness" slated for a February release, S is for Spaceship look down the barrel of 2013 ready to take the fabric of the local and interstate post-hardcore scene and tear it to shreds with their own unique musical fusion.

The S is for Spaceship live shows through 2011 and 2012 have built up a steady and strong fan base as well as a reputation for bringing high octane performances to audiences of all sizes and demographics. Although the band has undergone changes from their formation in 2009, the enthusiasm and determined attitude of S is for Spaceship has remained the same. The time is now - grab your ticket to climb aboard the Spaceship, it'll be taking off and coming for you in 2013."
- Sose Fuamoli - SA Manager, The AU Review

S is for Spaceship Adelaide, Australia

Bandcamp Daily  your guide to the world of Bandcamp